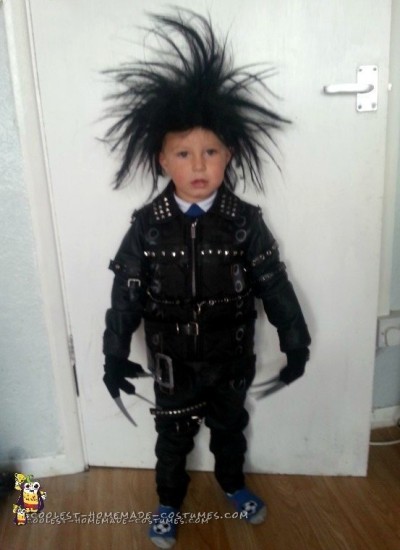 This Edward Scissorhands Halloween costume is an easy costume to make and requires no sewing needed (no skill… lol), just fabric glue.

This costume was a big hit on Facebook, around town and at his school. I received lots of praise for my hard work … not just sticking. :) 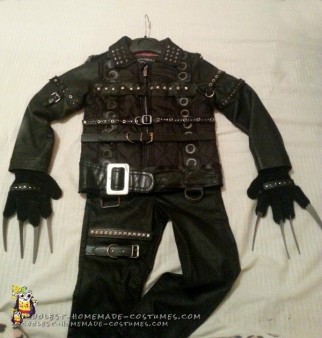